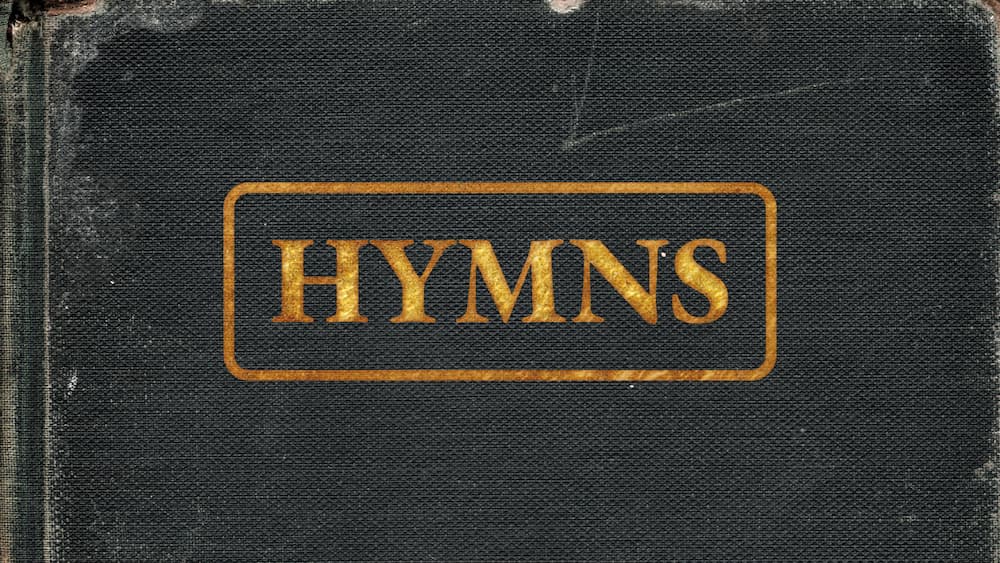 The lyrics to this hymn were written by British pastor and poet, Reginald Weber. Weber was born in Cheshire, England, in 1783. He was a “preacher’s kid,” and later succeeded his father in the church his father once pastored. He later felt God’s calling to the mission field and in 1822, at the age of 40, he was appointed to oversee the Church of England’s ministries in India. While in the village of Trichinopoly on April 3, 1826, he preached to a large crowd in the hot sun, and after trying to cool off in a pool, suffered a stroke and died.

It was later that same year after his death, that his widow found 57 hymns he had written among his belongings that had never been published. Among them was “Holy, Holy, Holy,” which she had published along with her husband’s other hymns.

In Isaiah chapter six, the Lord gave the prophet a revelation of His holiness. We can understand what it means that God is holy.

The lyrics to the hymn, Blessed Assurance, were written by Francis Jane Crosby, or as she was commonly known, Fanny Crosby. The tune was written by her friend, Phoebe Knapp. Fanny Crosby was an American mission worker, poet, lyricist, and composer. She was a prolific hymnist, writing more than 8,000 hymns. She is also known for her teaching and her rescue mission work in NYC. By the end of the 19th century, she was a household name. Crosby was known as the “Queen of Gospel Song Writers.”

Do you know the blessed assurance of belonging to Jesus? Are you sure of your status with God? Do you have confidence that you’ll spend eternity in heaven? To be “assured” of something means “to be certain, to be confident of a thing.” It means to feel “secure” that what God has promised in Jesus is truly yours. Do know this blessed assurance today?

“Amazing Grace” was written by English poet and clergyman John Newton (1725–1807) and was published in 1779. It is one of the most recognizable songs in the English-speaking world. Newton wrote the words from personal experience. He grew up without any particular religious conviction but his life’s path was formed by a variety of twists and turns that were often caused by his own rebellious insubordination. He was pressed into the Royal Navy and became a sailor, eventually participating in the slave trade. Towards the end of his sailing career he was a slave ship captain. One night a terrible storm battered his vessel so severely that he became frightened enough to call out to God for mercy, a moment that marked the beginning of his spiritual conversion.

Do you know this amazing grace that Newton wrote about? In the apostle Paul’s letter to the Ephesians, he reminded them of God’s amazing grace. We can understand why God’s grace is so amazing.

In today’s sermon, we’re going to look at the hymn “How Great Thou Art.” This hymn has quite an involved history. It was written by Swedish poet, Carl Gustav Boberg, in 1885. He had the poem printed in a Swedish newspaper and an unknown man put it to music, using the melody is an old Swedish folk song. In 1949, it was translated into English by British missionary Stuart K. Hine, who also added two original verses of his own composition. It was popularized by George Beverly Shea during Billy Graham crusades in 1957.

Boberg is said to have written the words after a thunder storm suddenly appeared on a walk home. A severe wind began to blow, a driving rain and darkness fell. After Mr. Boberg arrived home, wet and chilled to the bone, the storm stopped as suddenly as it came. He looked out his window over the clear bay and heard church bells ringing in the distance. A sense of profound wonder and peace came over him as penned the words O Store God (Swedish for O Great God) — O LORD, my God, When I in awesome wonder, consider all the worlds Thy hands hath made.. 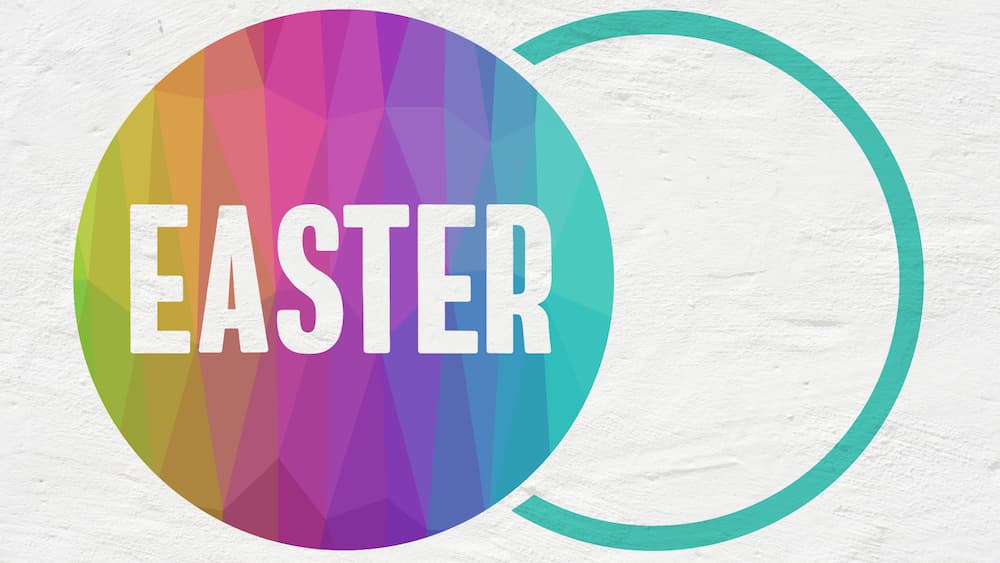 We celebrate the celebration of the resurrection of Jesus Christ!

Have you really looked at the implications of the empty tomb? Because the empty tomb means that the resurrected Jesus has overcome sin, death and the grave! Are overcome by shame and guilt because of some sin, or habit, or addiction? In Christ, you are forgiven and empowered to overcome it! Are you grieving the loss of a relationship or the death of a loved one? In Christ, we grieve, but not as those who have no hope. In Christ, the dead live again! Are you anxious and filled with fear? In Christ, we can overcome fear with faith in Him. 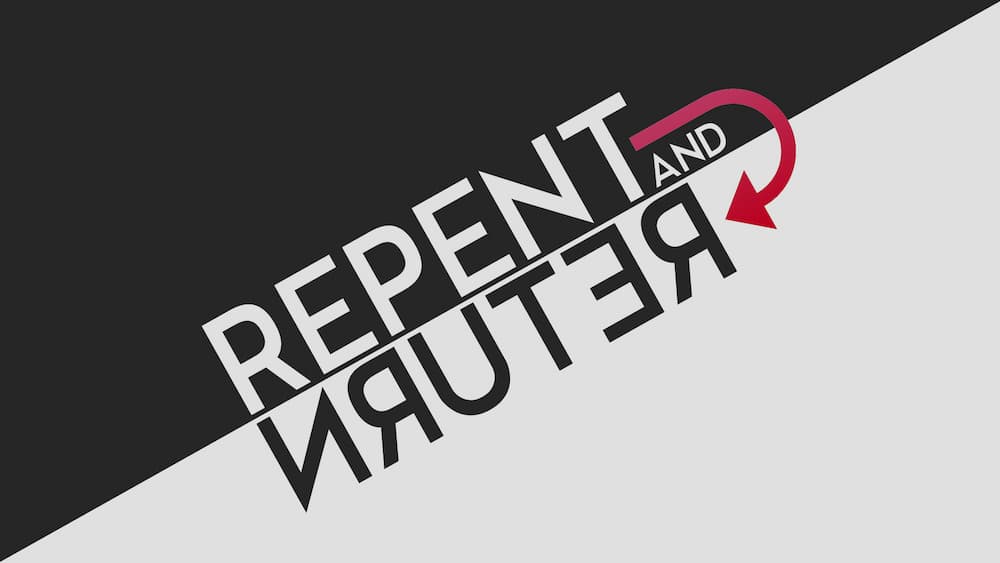 This series goes verse by verse through the book of Zechariah.

Do you believe this promise of Christ’s return? Do you have this hope that He will soon return to triumph over evil and establish His kingdom on earth? Or have you fallen into despair and doubt over the terrible condition of this old world?

In the final chapter of Zechariah, chapter 14, the prophet recorded God’s promise that a Day was coming when the Messiah would triumph over evil and establish His Kingdom over all the earth. We can look with hope for Christ’s triumphal return as King.

But how do you get ready for the coming of King Jesus? How do you get ready to face Judgment Day and eternity? Well, that’s the question that today’s message from Zechariah answers. It was written to prepare God’s people for Christ’s second coming. In Zechariah 12-13, the prophet received a second oracle from the LORD revealing the promises that Jesus the Messiah would fulfill for Israel in the last days at His second coming. Jesus has already made these promises available to us today.

When the Bible talks about where we’re going and whom we’re following, it often uses the imagery of the shepherd and his flock. That’s what we’ll see in Zechariah today. For he warned Israel about following the wrong shepherds or leaders. Who you follow reveals a lot about who you are and what you believe. And who you follow has a lot to do with where you end up.

That’s what the prophet Zechariah wanted to address with the people of God. He wanted them to see how the leader, the shepherd you choose to follow will determine your destiny. In Zechariah 10-11, the prophet continued proclaiming the oracle of the Word of the LORD that began in chapter 9 concerning the coming Messiah. In this part of the oracle, he proclaimed the importance of God’s people following the coming Messiah as their true Shepherd. We can understand the importance of following Jesus as our only true Shepherd.

Are you the kind of person that prepares for things? Here in Eastern NC, you quickly learn the importance of being prepared during hurricane season. People are encouraged to have adequate water, food, batteries, flash lights, candles, and other necessities on hand before a storm comes, because the coming of a hurricane often means no power nor water service for a time. If you wait until the storm comes, it’s too late.
Are you prepared for the second coming of King Jesus? For the Bible says, He is coming again. That’s what today’s Scripture is about. It’s about being prepared for the coming King.

God cares more about heart transformation than He does our traditions. If our religious traditions come from hearts that have been transformed by the love of Jesus, then they are pleasing to Him. But if we’re just going through the motions and doing what we’ve always done without any heart change, then they do not please Him. God is looking for transformed hearts.

In Zechariah 7-8, the Lord turned the Jewish exiles’ question about their tradition of fasting into an examination of the real spiritual issue, namely, that their religious traditions were worthless without transformation of the heart. What God was really looking for was heart change. God is still looking for people who will humble themselves in repentance and submit their hearts to His transforming power.