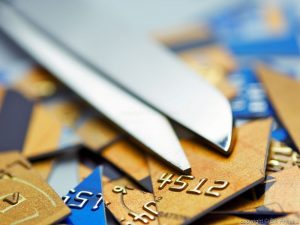 “Now the wife of one of the sons of the prophets cried to Elisha, “Your servant my husband is dead, and you know that your servant feared the Lord, but the creditor has come to take my two children to be his slaves.” 2 And Elisha said to her, “What shall I do for you? Tell me; what have you in the house?” And she said, “Your servant has nothing in the house except a jar of oil.” 3 Then he said, “Go outside, borrow vessels from all your neighbors, empty vessels and not too few. 4 Then go in and shut the door behind yourself and your sons and pour into all these vessels. And when one is full, set it aside.” 5 So she went from him and shut the door behind herself and her sons. And as she poured they brought the vessels to her. 6 When the vessels were full, she said to her son, “Bring me another vessel.” And he said to her, “There is not another.” Then the oil stopped flowing. 7 She came and told the man of God, and he said, “Go, sell the oil and pay your debts, and you and your sons can live on the rest.” (2 Kings 4:1-7 ESV).

Americans are enslaved by debt. And the side effects are devastating. Clinical depression, anxiety, addictions, divorce, homelessness… these are among the terrible side effects of financial indebtedness. We’re like the widow who cried out to the prophet Elijah, worried that the creditors were going to come take away her children. We are in desperate condition when it comes to debt.

The truth is, our financial condition says a lot about our spiritual condition. I think that’s why the Bible has so much to say about money and about living debt free. We know that Christ came to set us free from our sin debt. So, why would we want to live with worldly debt? Yet, many of us are in bondage because of indebtedness.

God doesn’t want you to be a slave to the lender. He wants you to be free to serve Him. God wants you to live financially free, so that you can follow Him with all of your heart.