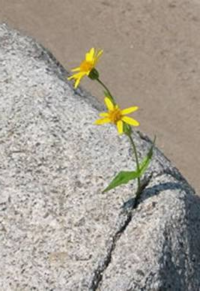 “Thus says the Lord of hosts, the God of Israel, to all the exiles whom I have sent into exile from Jerusalem to Babylon: Build houses and live in them; plant gardens and eat their produce. Take wives and have sons and daughters; take wives for your sons, and give your daughters in marriage, that they may bear sons and daughters; multiply there, and do not decrease. But seek the welfare of the city where I have sent you into exile, and pray to the Lord on its behalf, for in its welfare you will find your welfare” (Jeremiah 29:4-7 ESV).

I was transferred to Wilson, North Carolina by the company I worked for in 1987. We had been living in Roanoke, Virginia and we were completely happy there. I didn’t even know where Wilson was, and I certainly didn’t want to move. But we had a mortgage and three little ones, so we followed the job.

Or so I thought…

Four years after living in Wilson, I surrendered to preach, quit my job and started seminary. After a year of study, I felt called to be a church planter. Since our house in Wilson wouldn’t sell, we decided to plant a church in it. We started in November of 1991 with seven people in our living room.

We never wanted to move to Wilson and never intended to stay, in fact, we tried to leave. But because of a job and an unsold house, there’s a church called Wilson Community Church that just celebrated its 21 year anniversary.

Is that really what happened?

No. Looking back, I now recognize the hand of the Lord in all of this. It wasn’t the job that brought us here, nor the house that prevented us leaving. It was God. He wanted a new church in Wilson. And He wanted me to plant it. It seems so clear now.

However, for the longest time I struggled. I wasn’t sure I was in the right place. Did God really send me here? Was this where I was supposed to raise my family and plant a church? I mean, I didn’t do a demographic study or hear a voice from heaven. Was I really supposed to be here?

I’m sure the Israelites felt even more strongly about living in Babylon. They had been taken captive by the Babylonian king and Jerusalem had been destroyed. They were taken to a foreign land. They didn’t want to live there. They definitely didn’t want to put down roots. Yet, God told them that He had sent them there. And not only should they put down roots, they were to grow and prosper there. Even more, they were to seek the peace and welfare of the city of Babylon.

Believe me, if God wants you somewhere else, He’ll make it clear. In the meantime, start blooming!