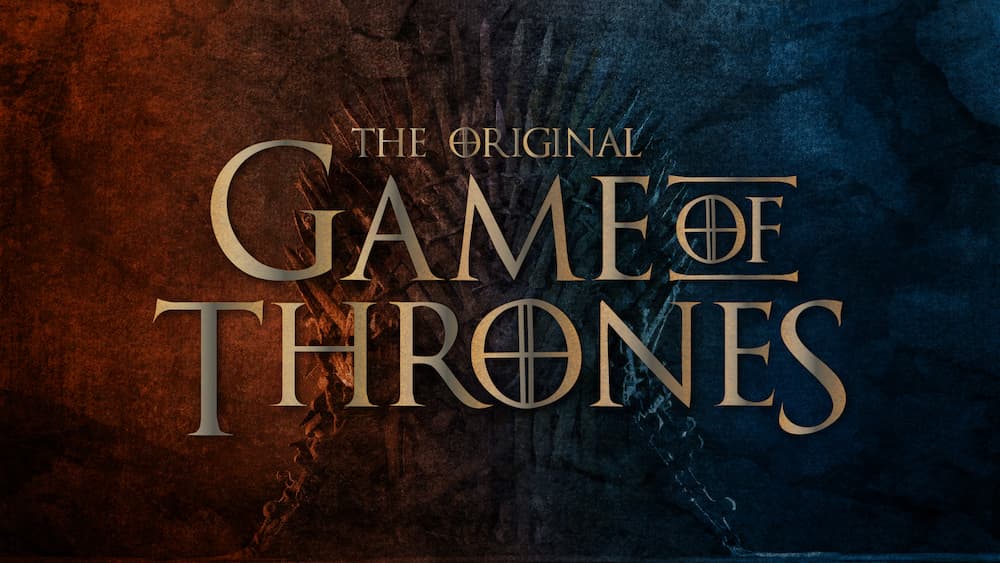 The Original Game of Thrones

Who is in control? We want to be in charge but sometimes fear, anxiety, or some other thing actually rules. What if there was a better way to live than always struggling for control? Come and hear how who we put on the throne changes everything. This series is an exposition of 1 Samuel

We all want to be loved. God made us that way. We were created to love and be loved. We were created to love God. Yet, we have rebelled and rejected His love. And this has led to the sin and suffering we see in our world today. And God demonstrated His own love for us by giving us His anointed, Jesus, to pay for our rebellion and to reconcile us to God. Why? Because God loves us.

Do you love Him with all your heart, your soul, your mind and your strength? Do you love Him above all others? Above your spouse, your children, your friends? Above your self? Do you love Him enough to surrender the throne of your life to Him and to put Him ahead of yourself and all others? In the book of 1 Samuel, people responded to David in many ways, but a man named Jonathan responded to God’s anointed with steadfast love. We can respond to God’s anointed Jesus with steadfast love.

What giants are you facing today? Something that seems so big and overwhelmingly scary that you’re afraid to face it? A giant can be a problem or a person that you are “all to pieces” about facing. Giants make us want to run away in fear or feel so dismayed that we can’t move. What giant are you facing? Maybe it’s someone you need to confront with a problem or an offense. How do you face them? You’re losing sleep over it. What will you do? How will they react? Maybe it’s an addiction. Every time you try to overcome it, you lose. You’ve almost given up. Maybe it’s a bad medical diagnosis. There was a spot on the X- ray. Your doctor has scheduled tests. You don’t know if you can face it.

The Lord still seeks those who have a heart for Him. Those who will respond to His call and obey His Word. In the book of 1 Samuel, the Lord sent the prophet Samuel to anoint a man after his own heart named David to be the new king that God called to replace Saul. We can learn how to respond to God’s calling as we consider this story.

You may not yet understand how you have rejected God as your True King, but I’m sure you know how rejection feels. You love someone and they betray you or leave you. They act one way to your face, but another behind your back. They say they love you back, but they don’t mean it. Or someone has rejected you for a place on a team, a part in a play, or a position of employment. Rejection hurts! And that’s how God feels toward us.

Sometimes we make a mess of our lives and don’t know how to clean it up and we don’t want to admit it’s our fault. How we respond to the mess we make with our lives matters to God.

If you’re trying to sit in the judge’s chair today, then it’s impossible not to live the life of a hypocrite. It’s always easier to see the wrong in others. But God’s Word is like a mirror. When we look into it, we see our sin and our hypocrisy. It makes us stop judging and instead look for an attorney for our own mess! Or it causes us to turn away and try to hide. Yet, in hiding we continue to suffer from the consequences of our sin: broken relationships, making excuses, never being real, always covering up for the ugliness underneath.

Which seat will you sit in today? Will you listen closely as we call our first witness…

In 1 Samuel 12, the prophet Samuel called the people of Israel to bear witness that they had sinned greatly by asking for a human king when the LORD God was their King, making it clear that how they responded to this truth would determine their future as God’s people. We too have rejected God as King and how we respond to this truth affects our future. What questions must be considered in rightly responding to God as King?

God is our Creator and He has made us for Himself. The throne in our hearts was built for Him. No other will satisfy our heart’s desire. So we keep on searching. That’s what’s going on in our Scripture text today. We will see a son searching for his father’s donkeys, a prophet looking for a prophesied prince and a people searching for a king like the other nations.

Sometimes we try to put ourselves in the throne that belongs to God, but often we put someone or something else there.

Samuel is old and it’s election year. But they want a new kind of government. They want one like the other nations. They want a human king instead of God. In 1 Samuel 7-8, even though the LORD had established Samuel as His prophet and judge over Israel, they still continued to fail at worshiping God as their true King. In the same way, we often fail to worship God as our true King.

Since the beginning, humanity has continually struggled against God in a kind of game of thrones. Yet, when we reject the Lord as King and put ourselves on the throne, we experience much sorrow and defeat in life. But this sorrow can be God’s grace to lead us to follow Him and to give Him the glory that is due Him. That’s what happens to Israel in our sermon today. Both the priests and the people don’t give God the glory due Him, so that they are defeated by Philistine raiders, and the Ark, which represents the throne of God, is lost!

In our reading today, the name LORD or Yahweh appears 34 times. As we’ve said before, the Bible is primarily a book about God. God desires to reveal Himself to us through His Word.

In the book of 1 Samuel, the LORD called young Samuel to be His prophet, revealing Himself by His Word. We can recognize the LORD’s desire to reveal Himself to us by His Word.